Compatible With
Any Android-x86

GearLock is a command line program to help you customize & install custom software in your android-x86 OS. It has the capability of running in both GUI and TERMINAL with a early-recovery mode. GearLock has been a part of DarkMatter project until now, but I decided to make it universal for any android-x86 OS

You can control the behavior of GearLock early recovery screen with boot-flags.
There are three kinds of flags you can use

This helps you bypass the recovery countdown screen. You can either put NORECOVERY=0 in your grub-config or make a file named norecovery in your android-x86 partition​
Grub config example:​
C-like:
​
ALWAYSRECOVERY​
This lets you to auto-enter recovery mode always* without having to press ESC.​
Just like NORECOVERY, you can active this by grub (ALWAYSRECOVERY=0) or by making a file named alwaysrecovery in android-x86 partition​
​
FIXFS​
This will auto-fix extFS on each boot from the option which you find in recovery mode.​
Grub> FIXFS=0​
File-Flag> fixfs​
​
NOGFX​
When this flag is found, GearLock does not attempt to get the best possible visuals during RECOVERY-MODE. There are some really rare cases among some users in which when GearLock tries to ensure better visuals, kernel panic happens during boot.​
Grub> NOGFX=0​
File-Flag> nogfx​
Developer Documentation

In simple words, GearLock brings a whole range of pure linux utilities. Which includes bash, python, coreutils, nano and more ! (Runs system independently, meaning even if you delete the whole system these are still executable)

Not only that, let me introduce you to GearLock-Dev-Kit. GDK is the thing which you can use for building such package/extension. There is also a ready-to-use kernel package-template alongside custom-core package for making extensions and so on.

https://wiki.supreme-gamers.com/gearlock/developer-guide
If you want to build GearLock with android-x86 then refer to the link below(Source Code) 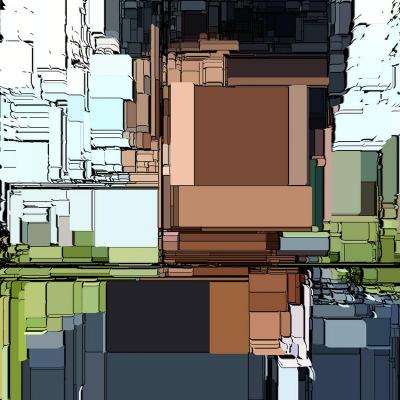 Custom Recovery Replacement for Android-x86. Contribute to AXIM0S/gearlock development by creating an account on GitHub.

So here we gonna learn ways of installing GearLock in your desired android-x86 system. There are several ways of doing so, you just need to pay some...

If you want my honest word then you should know that about 99% of the available flashable zips out there will likely fail since they were never made for android-x86 and GearLock has nothing to do about that. In which most of them are flashable-roms which you obviously won't be installing on android-x86. Currently I've had success with OpenGapps and a few other zips. Other than that will surely fail unless the developer itself implements android-x86 support.

First of all I'd like to thank everyone in our community because without you guys I wouldn't be able to do such stuffs. It's been a pleasure to be a part of this community. Thank you.

Special thanks to @HMTheBoy154 & @Night & @mido.fayad for bringing some awesome GearLock package & extensions alongside helping the community in various issues in their free time. They played a big role in this community They've been always there in the time of need.

Thanks to the beta testers : @AngusX , @dabombUSA , @Fazeel.abbas2 , @P.B | D.B , @Kenny
Thanks to everyone involved into the Android-x86 Project, because without it GearLock wouldn't exist...

Some last words from me

I never thought I'd be able to do such stuffs before, it's been an honor. More importantly, I really wanna thank android-x86. Because of it I could also learn a lot, yes and that includes some funny people also
It hasn't been easy to keep up till here. Required a lot of patience and hard work to make it here.

Don't forget to submit your review if you can
Reactions: dmhdev1920, Hackkkk, SHAITH akshar and 27 others

AXON
It's probably due to some extension/package which you installed thru GearLock, otherwise I don't find a reason for GearLock being the cause of your game crash....
Upvote 0 Downvote
Amazing work Fast clean easy to use! 10/10
Upvote 0 Downvote
It improves the speed of moving between options, especially when returning to the previous list. Also, a script such as the one found in the lspeed application can be included, and one of the available options is to activate it if you want:)
Upvote 0 Downvote
damn gearlock is the best tool for those who don't know much about how to change kernel or mesa and some other stuff I love it now going to do work with that video coming ;)
Upvote 0 Downvote
grealock saying updated but cannot install panda keymaper 1.4 after manual installation of new gearlock i am unable to uninstall panda keymaper 1.4
Also keymaper not working with internal keyboard...
Waiting for any fix